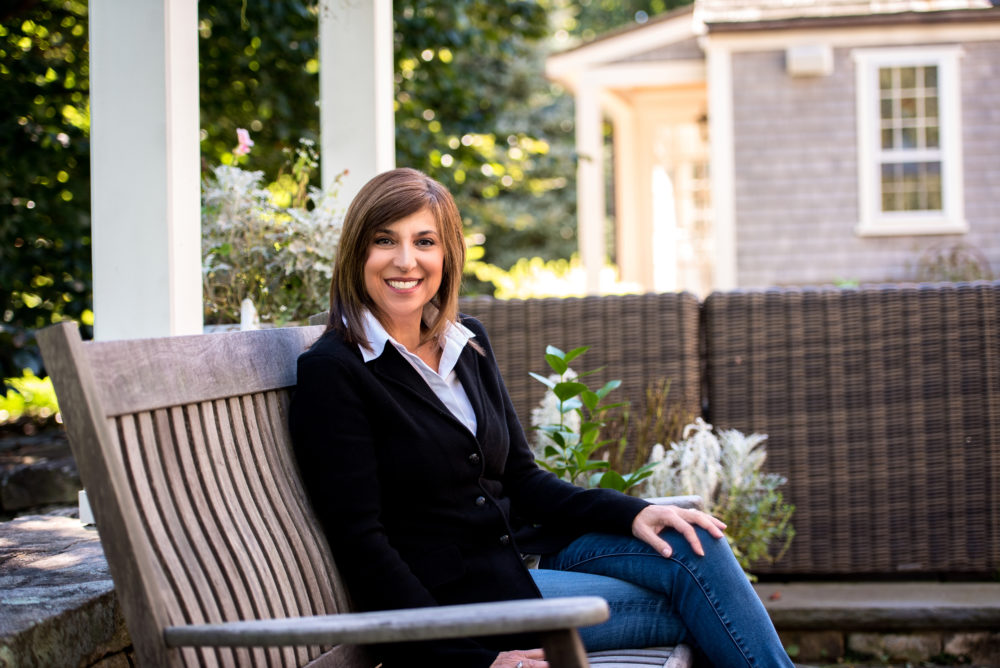 Published in Northeastern College of Arts Media and Design
October 12, 2018

Northeastern alumna and local business owner Barbara Jones is the founder of Little Pink Houses, a company that aims to preserve older homes in the Metro West areas of Boston. She restores homes that would otherwise likely be torn down and rebuilt in much larger and expensive ways, doing her part to keep some homes in the area more affordable. Particularly in and around the Town of Needham, she has made a name for herself in the real estate and historic preservation worlds, and is a local expert when it comes to major renovation projects – but this was not always the direction Barbara thought her career would take.

During her time at Northeastern, Barbara studied Journalism because she enjoyed writing and was encouraged by a professor at another university, where she began her education, to consider the field. At the time, she had not been exposed to the fields of interior design, architecture, or preservation. These passions were only realized after she moved to Boston and started to live in historic New England for the first time.

“I grew up in a 1950s ranch in Michigan and there was nothing old around me, but when I came to Boston, I began noticing the incredible details in the buildings. I couldn’t help but wonder about who put the time, energy, and resources into this hand-carved detail that has been here for so long,” Barbara described. “As a student, I started to subscribe to Architectural Digest and explore the field more. I was completely fascinated.”

These interests continued to develop as Barbara completed her journey as a Journalism major, ultimately taking a job at John Hancock Financial right out of college, a company she was familiar with through her co-op experiences. There, she was able to apply her strong writing and reading comprehension skills, and was surrounded by supportive colleagues.

While she loved the work environment and challenging nature of the job, she was not particularly interested in the topics she was tasked with writing about, and began to search for a more creative role. In considering what would be the most fulfilling career path, her love of interior design, architecture, and historic preservation came to mind. This type of career shift, Barbara recognized, would give her the opportunity to do more than just make a living – she could follow her dreams and pursue what she was truly interested in each and every day.

Despite this ultimate career change, however, there are more similarities between her work at John Hancock, her formal training in Journalism, and what she is doing now than one might think.

“Being able to multitask and manage a lot of projects at the same time are skills that I have used across industries,” Barbara described. “Managing and doing construction is the same thing. Working on small bits and pieces of a larger project is very much in keeping with my skillset.”

In fact, Barbara uses the skills she learned in the Journalism and Communication industries every time she restores and sells a property.

“In order to get the word out about properties, and to get my name and services out there, I have reflected back on my journalism and public relations background quite a bit,” explained Barbara. “I have contacts at many of the local publications. Because of my background, I am familiar with working with reporters and the media – and how to reach the right people at the right publications.”

Luckily for Barbara and her thriving business, since there are so many knock-downs happening in the area, there is plenty of press coverage to go around. She has been featured in the Globe, WGBH, and Wicked Local, to name a few.

The work she is doing truly stands out.

“It is so rewarding to see small successes materialize into one large project that is tangible,” Barbara said, “so right when I first started out, I said to myself, ‘I think I’m going to keep going with this.’”

Another rewarding aspect of the job is the opportunity to work closely with the community in meaningful ways.

Most of the workload on Barbara’s renovations are performed by local firefighters on their off days who are specialized in carpentry. Under Barbara’s direction, they work as a team to maintain the architectural integrity of the historic homes they update.

“I’ve lived in a new house, and I’ve lived in old houses, and I have found that the structural integrity of older homes is more sound and valuable,” Barbara said. “Some of the new homes that are going up in this area are creating a more generic feel that’s leading to a loss of the character, and I want to contribute to maximizing opportunities for young buyers to start out.”

In this way, Barbara hopes to have even a small impact on the local real estate market – and most importantly, pursue her passions, build community, and have fun while doing so.